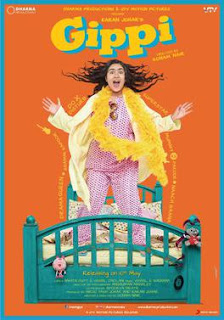 What I expected? : Looking from the premise of the movie, some quality 'childish' fun! :D

We Are Like This Only needs a video to fit in completely though the Vishal Dalani, Hard Kaur techno rock show somewhat holds your attention to an extent.
Baby Doll is relishing for various reasons. Udit Narayan, Sukhwinder Singh and the situational, funny yet peppy, upbeat overall tone of the song.
Pehn di Takki by Vishal Dadlani is predictable and trend similar routes as that of Baby Doll, except in Punjabi.
Mann Baavra definitely belongs to the Indian Indie music scene, brilliant soft rock-hindustani fusion material sung to grace by Shekhar Ravjiani! #Must Hear #Repeat
Dil Kagzi is serene, a tune that is pure bliss and Neeti Mohan sounding as tender as ever backed by apt instrumentation, violins, keyboard and cello. Beauty! #Repeat

Verdict : Gippi is not childish as expected, it shows levels of maturity in Mann Baavra and Dil Kagzi. But for the rest, it'll need the movie for working out. Mostly predictable albeit enjoyable ride from Vishal-Shekhar.

Update 1 : People and critics alike have been talking about the surprisingly off-tune portion of Mann Baavra's first interlude. I agree, it falters a bit there, but then brilliantly gains momentum after that and towards the end, which kind of makes up for the initial falter. 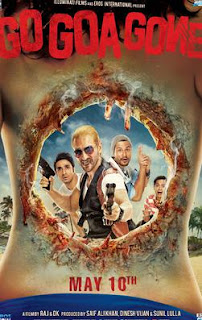 What I expected? : Competent fun stuff from Sachin-Jigar who constantly delivers.

Slowly Slowly by Jigar and Talia Bentson is groovy enough to hold your attention with the wonderfully laid addictive rhythm and beats, perfect 'on the floor track'. Good hear!
Khoon Choosele is real crazy, insanely funny and vehemently quirky track on the "bloody Monday" where the heavy lift off comes from Amitabh Bhattacharya's hugely imaginative lyrics and the energetic singing departement!(Arjun Kanungo,Sachin & Priya Panchaal) #Repeat.
Babaji Ki Booty can be perceived in any way, situational or comic or a mere filler, but just one thing that  this Anand Tiwari,Sachin & Jigar Saraiya sung track is sufficiently funny to keep you hooked till the end.
Khushamdeed is cakewalk for a singer like Shreya Ghoshal, simple, low pitch, serene guitar backed melody, a good hear alright for the positive vibe it emits!
I Keel Dead Peepul has perfect arrangements and DJing with all the voice overs mixed together pretty well.

Verdict : Go Goa Gone delivers as expected, Sachin-Jigar in their usual form comes up with two extremely addictive tracks in an album where the production quality shines over everything! This movie will have real good music! 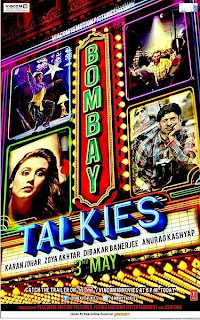 What I expected? : What else than a very good score which gels excellently with the movie.

Verdict : An honest effort but as far as a Bollywood album is concerned, no chart busters, no "I'll put this on the loop" songs. Songs just plain for the movie, but that doesn't mean they are all mediocre. Average in overall. 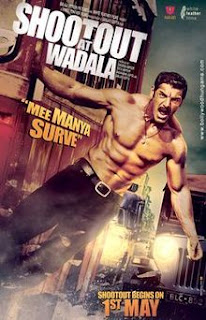 What I expected? : Some really, really situational tracks, for an action oriented film.

Babli Badmash, lets face it, despite being a standard Sunidhi Chauhan item number, has an addictive hook, which definitely makes it worth repeated listens. Otherwise, strictly video-dependent track.
Aala Re Aala feels like continuation of Babli Badmash and even with Mika and Sunidhi, falls flat.
Yeh Junoon is thankfully scintillating where we get to hear the Mustafa Zahid of the 'Awarapan' days in the elegantly crafted somber soft rock melody. Haunting, soulful and beautiful! #Repeat
Aey Manya has an interesting rhythm albeit being situational, Adnan Sami takes the prospects higher.
Goli by Meet Bros Anjjan is again situational, feels more like a theme song.
Laila Tujhe Loot lage with Mika to its grace, feels staid even with enjoyable 80's beats and arrangements.
All songs have a remix each, which have not been reviewed.

Verdict : For a movie like Shootout at Wadala, a non-situational soundtrack doesn't make sense and the album justifies expectations. Minus Yeh Junoon, all others are formula tracks which will hopefully work along with the video but as stand alones, tough luck. 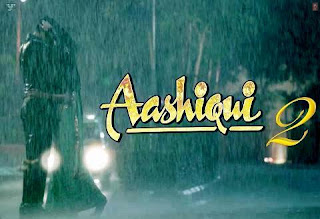 
What I Expected? : With Mithoon coming back with a bang and Jeet Ganguly confident after a very good 2012, nothing but the best romantic album of the year!


Tum Hi Ho is painfully romantic, the slow, zealous tune riding high on Arjit Singh's somber, emotional singing! The duet version with Palak Muchal's added vocals is as serene! #MustHear #Repeat
Sun Raha Hai is beautiful, the Pakistani pop-rock sound enhanced greatly by Ankit Tiwari's good and controlled singing! Great hear!
Sun Raha Hai(Female) takes another route, Shreya Ghoshal along with the Desi-touch arrangements manages to covert the song into one solemn, soulful, Bollywood-ish track! Great hear!
Bhula Dena has Mustafa Zahid singing again in his comfort zone, soft rock slow romantic track, but with middling results. Good hear nevertheless, less shelf life.
Hum Mar Jayenge seems like a 90's Udit Narayan-Alka Yagnik duet, the tune and arrangements both gives the same feel with Tulsi Kumar as squeaky as ever and Arjit Singh doing a good job. Worth a hear.
Aasan Nahin Yahan runs out of luck even with Arijit Singh trying his melancholic best in singing.
Piya Aaye Na is at most a good hear for KK, because everything else is strangely prosaic, the tune, arrangements and Tulsi Kumar! Worth a hear!
Chaahun Mein Yaa Na again has an ordinary setup, still got saved by Palak Muchal's and Arjit Singh's confident vocals! Good one!
Milne Mujhse starts off like Jeet's own 'Zindagi Se' from Raaz 3 and goes on led by pointless guitars, Arjit Singh's wannabe rock singing and ends up in something plain ordinary with zero repeat value. Worth a hear.

Verdict : Considering the humongous expectations, Aashiqui 2 is a definite letdown. With just one song each, Mithoon and Anki Tiwari outshine Jeet Ganguly by a large extent and we are left with a feeling that the whole album should have been done by Mithoon. Jeet had previously shown immense promise, but in the soundtrack he revisits his own beaten-to-death style territory that the listeners are left unimpressed. On the positive side, the album has two very good songs, Tum Hi Ho and Sun Raha Hai, which elevates the final prospects to a bit higher level. Good album, worth a try.