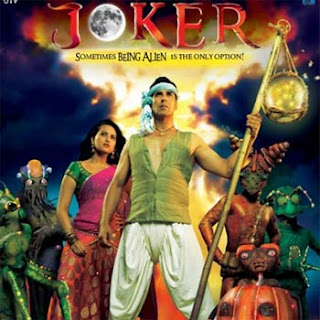 What I expected? : Given the music directors, the director being Shirish and the genre of the film, a musical feast.!

Kafirana by Sunidhi Chauhan & Adarsh Shinde is a faltu wannabe-item number track which falls flat with nothing special to mention about it.
Jugnu by Udit Narayan is a good deal of a song with the soulful sounding Udit at the helm of affairs in  this refreshing track with interesting arrangements. Good hear!
Sing Raja by Daler Mehndi & Sonu Kakkar is an instantly catchy number with Daler and Sonu contributing equally well to this R&B track with Bhangra backdrop! Good hear!
Yeh Joker by Sonu Nigam & Shweta Pandit, the title song probably, serves its purpose well with the track having an Indian feel overall and the singers doing  a decent job. Not great, not bad either, must work with the video.
Tears of Joker - Instrumental. Simply gorgeous play of  Flute flowing along with Violin, Sitar and Tabla chained with elegant use of Veena!! Mindblowingly beautiful!
Alien Arrival - Instrumental. Standard march song band template. Decent one.

Verdict : Music wise, Joker is a bit on the downside, with the best track in the album being an instrumental piece. Hearable songs, but with a lack of novelty. Average. 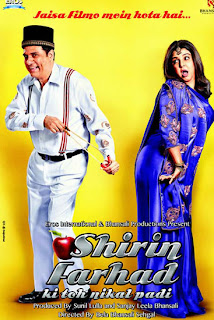 What I expected? : Jeet Ganguly is simply an innovative music director, so from him, some very good fresh songs.

Ishq Main Tere Bina by K.K. & Shreya Ghoshal is a simple light romantic outing with basic softrock arrangements and soulful singing by both singers, but of less shelf life. Worth a hear!
Khatti Meethi by Shreya Ghoshal must probably have the heroine dreaming about something pleasent, given the lyrics, which is strange in a way(Hinglish) and tender singing by Shreya with a light and fresh sounding background setup makes up a Good hear!
Kaafir Andhere by K.K. makes a start with melancholic guitar along with slow soulful singng by KK, before it changes to the rock mode and back again, moving with good lyrics, ending up again with a good song but which won't be playing long.
Shirin Farhad Ki Toh Nikal Padi by Neeraj Shridhar is the theme song which is peppy, funny and somewhat catchy.
Kuku Duku by Mohit Chauhan has a funny sounding Mohit behind the mike, singing this quirky piece of a song with intersting arrangements! Good hear!
Rhamba Mein Samba has Usha Uthup singing this heavily arranged funny track, quite catchy, but needs a good visual to work. Good hear!


Verdict : As, Milliblog points out, Jeet has redone his original Bengali songs for the movie, which is somewhat good, ending up with a decent album which is light on ears. Try it! 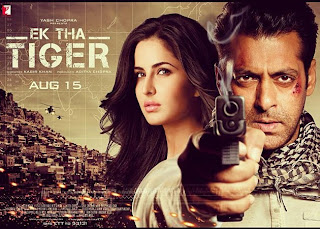 What I expected : Its Salman Khan, its Sohail Sen and Sajid-Wajid, its Yash Raj, so nothing but an excellent album.!

Mashallah, sung by Wajid and Shreya, sole song done by Said-Wajid, is basically a bland composition with Arabic belly dance loops mixed with predictable vocals, cliché guitar arrangements and average lyrics, adding up to a forgetful affair! Remix is nothing good.
Laapata by K.K. & Palak Muchhal has quite a catchy setup with impressive rendition by KK and Palak, with cleverly arranged Latino music background. Good hear!
Remix is just fast paced.
Banjaara by Sukhwinder Singh showcases the singer again in an easy high pitch mode with a stunningly good Celtic/Irish inclined addictive arrangements! Good hear!
An equally good remix with increased tempo is included!
Saiyaara by Mohit Chauhan & Taraannum Malik, is the best song of the album, tailor made for Mohit with melancholic vocals by Ms Malik supporting beautifully, ends up being a perfect romantic outing with soulful arrangements and fabulous lyrics. Grt hear!
Tigers (Theme) composed by Julius Packiam is Don-Theme infused wannabe Hollywood-ish track with a heard before feel at many parts. Still an engaging one!

Verdict : Ek Tha Tiger is a good soundtrack with Sohail Sen clearly spilling his magic over the three tracks he got. Sajid-Wajid disappoints(again!) through Mashahllah, but minus that, the album is an enjoyable ride. Go for it! 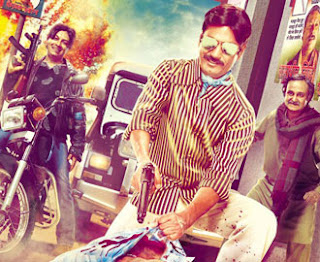 What to expect? : Nothing but excellent, given GOW1 was outstanding!

Chhi (Chha Ledar) by Durga is a funny, peppy and addictive folk song mixed with electric backgrounds, with hilarious vocals and lyrics! Grt hear!
Kaala Rey by Sneha Khanwalkar is true blue gem of a song with the tender sounding melancholic Sneha, along with slight soft rock imaginative arrangements.! Song of the album. Grt hear!!
Electric Piya by Rasika D Rani is a quirky folk item number-ish song with only Dholak and Harmonium in the background, which holds your attention for its funny occasional Hinglish lyrics and rawness. Good hear!
Electric Piya (Fused) by Rasika D Rani has more modern electric  arrangements and thats it!
Bahut Khoob - Instrumental is a chaotic mix of random village children sounds. Donno wat to say, it doesn't qualify as a song.
Bahut Khoob 8 Bit by Shubhankar Dutta. Electro mix of the word Bahut Khoob a 1000 times along with other random words and strange electro sounds.!
Taar Bijli by Padmashree Sharda Sinha is that kind of hardcore village song where people(here, all women) sit in a group and sing along basic instruments, which is damn catchy and folkish! Grt hear!
Aabroo by Piyush Mishra & Bhupesh Singh is another strange hardcore village dance song with dholak in the background, which is strictly situational but works for its purpose.! Good one!
Perpendicular (Theme) - Instrumental takes another route in mixing random sonds which is, must say, not that catchy.
Moora by Sneha Khanwalkar & Robbie Styles has a low singing soulful Sneha with Calypso influenced arrangements. Good hear!
Moora (Morning) - Instrumental is surprisingly pleasant and fresh with enhanced electric arrangements.! Good hear!
Tunya - Instrumental. Strange.
KKL by Sneha Khanwalkar  is as a final say, with folkish mix of Keh Ke loonga, hell lot of sounds, electric loops with occasional vocals shows what Sneha Khanwalker is. This is one of her signature styled tracks.!


Verdict : GOW2 is a very good outing, but pales compared to GOW1, which had more variety of genres in it. Neverthless, Sneha Khanwalker as a composer scores second time in a row, and her prowess is never to be underestimated! This one is imaginative, innovative funny and simply beautiful. Go for it!

Just my brief review as time restricts me from writing a detailed one.
Aalaap is a full on rock music outing except for one track.

Ek nayi Roshni by Mohan is hard rock, engaging in parts and a worthy listen.
Dil yeh awaaz de by Meera Shenoy, Mohan and Varun Venkat is progressive rock influenced which is thoroughly entertaining and captivating! Good hear!
Paa para paa by Nikhil Bonnie nd Dhruv is Jazz infused rock and ends up being a delightful track with careful arrangements.
Soniye by Mohan has pure sufi-Rock backdrop ending up with a winner with multiple listens!
Shuruvaat pyaar ki by Nikhil and Yamini is a dreamy soft rock romantic gem of a song!
Chadhti Jawani by Kanika and Bonnie is a peppy and well executed desi item number track.

Verdict : I don't understand rock music much but I definitely enjoyed Agnee's Aalaap with a wide variety of songs! This one's a winner! 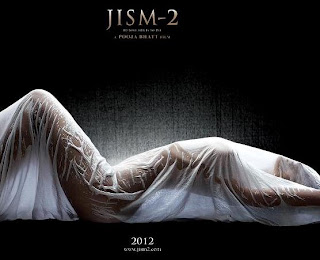 Abhi Abhi (Male) - K.K. Soft rock love song in sync with the Bhatt camp. Sadly, apart from KK's open throated singing, the song has nothing new to offer. Arrangements and lyrics are average. Even the tune was not so catchy for me. Still manages a repeat.
Hum To Haare (Abhi Abhi) - K.K. & Shreya Ghosal. Hear an unconventional Shreya while she tries to bring that low pitched rough erotic edge to her voice which is actually nice on ears, and comes back to her old self. KK remains the same, implies that this version is better because of Shreya.
Yeh Kasoor - Sonu Kakkar. Keyboard based romantic track with Sonu's voice dominating the scene, with a haunting effect intended but works in vain. Sonu's singing is atrocious and fails to capture the mood of the song, clearly this was not a song which is suited for the voice setup of a singer like Sonu Kakkar. Nothing to mention about the arrangements and basic tune. Worth a hear for the lyrics.
Maula - Ali Azmat. Strange sufi-rockish sad track which works mainly due to Ali's rendition with pain, giving an effect of really crying out loud, the beats, catchy loops and sudden up and down  changes in notes. Good hear!
Ye Jism Hai To Kya - Ali Azmat. Loved it! Ali's painful high pitched rock singing continues in this beautifully tuned and arranged track with a sad, nostalgic backdrop, which works to a great extent.! Ali has poured his heart out in the track which has the feel of internal rage and stress of love(lust?)!Waiting to watch this on video. Grt hear!
Darta Hoon (Adhoora) - Rushk. Rehash of the song 'Adhoora' by Pakistani band Rushk. The arrangements are a bit reduced from the original loud noisy Gothic metal setup to somewhat progressive metal backdrop, but Nazia's singing manages to maintain that secretive, sad, haunting nature. Ziyyad and Uns Mufti supports beautifully. Good lyrics.! Repeat! Good hear!
Hey Walla - Unoosha. All English nightclub track sung by Maldivian artist Unoosha which has addictive beats, excellent orchestration and super cool rendition! Good hear! Sad it doesn't come with a remix!
Verdict : Jism 2 does not live up to the expectations, but 2-3 good tracks make it a worthy hear. Some songs as standalones are a letdown, but most probably will work when infused with the situation of the movie. Have to watch out! Give the album a try!3/5


Update : The female voice in the beginning of Abhi Abhi duet is NOT Shreya Ghoshal as tweeted by Shreya. Shreya takes over to the end of the track only.
Thanks to my friend Arjun K R for pointing this out.

Update 3 : After repeated listens, Yeh Kasoor turned to be somewhat enjoyable, unlike what I said in my first review. But the rating remains unchanged. 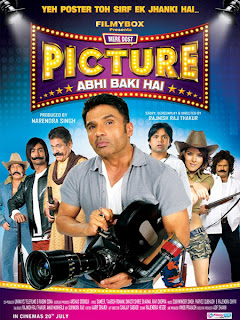