Tu Hi Rab Tu Hi Dua - Rahat Fateh Ali Khan & Tulsi Kumar. Sweet romantic track. I have a feeling that among the current music directors, only Himesh knows how to use Rahat to the maximum extent. Has a 'Kyon Ki'  feel somehow, the same beats, but its catchy. Tulsi has done a grt work too. Winner!
Has an R&B Remix and a reprise featuring the same singers. Good work.
Naina Re - Himesh Reshammiya, Rahat Fateh Ali Khan & Shreya. The combo has done magic whenevr they came together. Remember Teri Meri? Well Naina Re belongs to the three of them because all the three singers has done justification to their respective roles. There is soothness in Shreya, pain in Himesh, and feel in Rahat. Somehow, it takes you back to Himesh's earlier compositions at the time of Aap Ka Surror. Its good to see Himesh in his old self. A nostalgic track with haunting beats and pretty good lyrics. It grows on you.Good one.!
Has a remix with a 90's club feel and a reprise which is essentially the same as original.
Ishq Mein Ruswaa - Anweshaa. Mujra track. Anweshaa is a singer to watch out because she sounds so much like Shreya and her singing is so good and mature that you can't take the song out of your head. Good and soulful composition, but its not the first time HR is doing this. Winner!!
Remix was not necessary.
Umeed - Amrita Kak & Shahab Sabri. Club song? Dance track? Sufi song? No idea. The song changes from mode to mode in turns and do not essentially belongs to any specific genre. Amrita has done a Sunidhi, neverthless good. Shahab Sabri was OK. Anyway, a good one time hear. Remix is added.
Lagan Lagi More Piya - Shreya Ghoshal & Shahab Sabri. This one belongs to Shreya. She has done an excellent job in singing this slow romantic painful tune with feel so that it stands out as the best song in the album. Shahab has sung well too, but its Shreya who dominates. The beats are good and haunting and  its a perfect nighttime-sit-alone song! Winner!

Overall, Dangerous Ishq has a very good music score with each song having an identity of its own. Umeed is a let down, so excluding that the album works as a whole anyway. But if you have a feeling that Himesh has borrowed ideas from his previous compositions and made a rehash, its true. I'm getting that too. Not one of the best works of HR, not bad either. Except Umeed every song has grt potential if promoted well. Go for it! 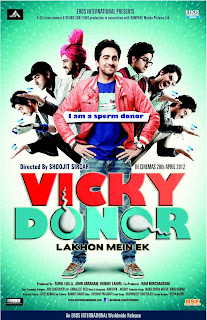 Rodkda - Akshay Verma & Aditi Singh Sharma. Good start for the album. A simple and light melody which is urbane cool in lyrics and the singing supperts it equally well. Good one.
Kho Jaane De - By Clinton Cerejo & Aditi Singh Sharma. Another refreshing and cool song. Ash King has a sound so sweet and emotional that he carries the feel of the song to a great extent. Kind of go free lazy song. This one's a winner. Loved it!
Rum Whisky - Akshay Verma. Punjabi number. This one's different fron the routine Punjabi songs with some catchy beats and chorus. Singer has done a decent job. You cn find yourself shaking your head. Good one.
Pani Da Rang (Male) - Ayushmann Khurrana. Light hearted melody. Interesting tune with Punjabi lyrics. Guitar strings and the simple drum beats throughout are beautiful. This is one song Mohit Chauhan will lov to sing. Ayushmann has done a good job. Winner!
Pani Da Rang (Female) - Sukanya Purkayastha. This one's more slow nd haunting than the Male version. Sukanya sounds like Kavitha Seth, but pulls out a grt effort. Minimal orchestration so that the maximum attention is on the singing. Grt!
Mar Jayian (Romantic) - Vishal Dadlani & Sunidhi Chauhan. Haunting melody. This is the kind of song which is best to hear when you are alone at night. The arrangements are to be watched out. It changes mode halfway to dholak beats, which is just as good. Grt singing by Vishal and Sunidhi. Sweet and nostalgic!
Mar Jayian (Sad) - Bann. High pitched and unplugged. Bann's sound is quite unconventional and stands out. Only guitar in between. I felt like this holds the pain inteded by the song. Grt!
Chaddha - Mika Singh. Mika gets his usual high pitch Punjabi number. But infused with modern sounds and beats. OK tune which somehow lacks punch. Problem maybe with the tempo. Anyway an average song.

Overall, Vicky Donor is a very good album which has everything from light melodies, urbane numbers and catchy dance tracks. An album to watch out. a good album from relatively new music directors with relatively new singers. Loved it ! 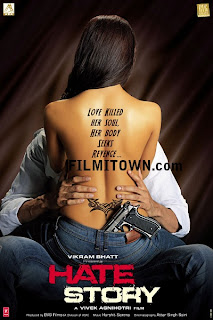 Mahe Jaan : By Harshit Saxena. Slow romantic softrock track. Has a heard before feel. Singing is average too. Harshit has to work on his tunes. Comes with a rock version too.
Dil Kaanch Sa : By Krishna. Krishna does a Fateh Ali Khan effort, and neverthless impressive. Dil kaanch sa is a has a feel good tune which works as a sufi number. Not great. Not bad either. A Heart&Soul version by Harshit Saxena is added.
Raat : By Sunidhi Chauhan. Slow haunting track, which does turns nostalgic in parts. But feeble effort with the singer concerned. Remix is nothing special.

Had more expectations from "Haal-e-dil.." composer Harshit Saxena. He comes up with an average album, with Dil Kaanch sa being the saving grace. 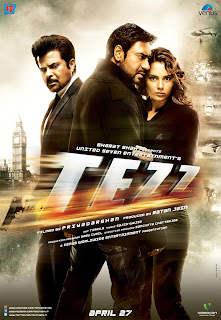 Tere Bina : By Rahat Fateh Ali Khan. Routine FAK love number. Too simple tune with too simple lyrics with too simple beats. Music, arrangements lyrics all below average. No repeat quality at all. And surprise is that the song repeats in as many as 5 versions!! Tere Bina (Female) by Shreya Ghoshal has a hoarse sounding and unimpressive Shreya. Then there is a slow sad version, a remix and an indian version with dholak beats. Unimpressive.
Tezz : Theme song probably. This song has also as many as four versions. First one by Sunidhi Chauhan has a very nasal and irritating Sunidhi. Unimaginative tune which leads to nowhere and absolute absurd lyrics like "everybody tezz". waste of tym. Male version by Shaan is a bit better for ears still nothing special. Then there is Tezz Female remix and Tezz Male remix! I wonder, why so many remixes for a song so bad?
Main Hoon Shab : Mohit Chauhan gets his usual slow track, but he is sounding very shrill and trying hard to make notes meet. Clearly this one is not intended for Mohit Chauhan. More suitable for a conventional singer like Shaan.
Laila : Sunidhi Chauhan. Of course. Item number, so silly and boring. Comes with remix too.

After a gloriously bad Housefull 2, Sajid Wajid comes up with something better but nothing satisfactory. Clearly, the duo is unable to do a suspense thriller kinda music. In the Tezz theme song, there is a line "everybody wanna win the race". Its nothing Race. Not even Players.