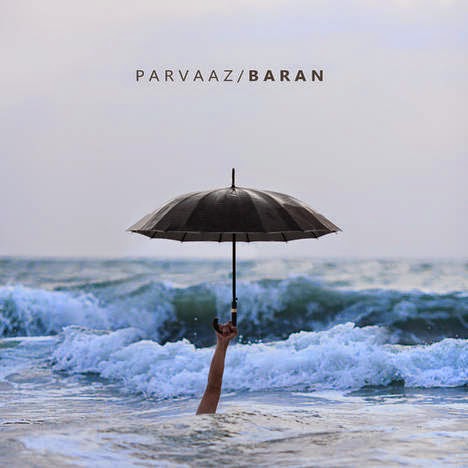 
I was initially reluctant to buy the album, mainly because I was told that the songs were mostly written in Urdu and Kashmiri, two languages I had no clue whatsoever. Luckily enough, the songs somehow appeared at gaana.com and when I started listening, again reluctantly, the album surprisingly managed to hook me from the very first song. After three songs, I went straight to OKListen! and bought it. 99 bucks. Worth it? Totally. And how.

We are greeted with the sound of a siren with the opening song Beparwah, as if something is on fire. The song is truly on fire, Khalid Ahamed's searing vocals  and Sachin Banandur's brilliant drums gives a colossal high energy start. But Ab Ki Yeh Subah diverts from the initial set mood completely, taking a more tender route, led by the lazy guitar strumming on a breezy tune. It gains momentum midway, though maintaining the grace. Lyrics here are amazing, I have to say. Couldn't understand the lyrics of Gul Gushan much but the sound is inherently mysterious, spiritual and the song progresses like an enchanting prayer on the back drop of refreshing natural sounds. Kashmiri folk influences are evident in Roz Roz and the song works wonders in pushing the listener into an abyss of nostalgia. I myself found stuck in high school memories by the time the song ended. Enchantingly magical, the song is! The 13 minute title song is better heard lying down, your eyes closed. It changes sound several times, from a bluesy base to a  somewhat Bon Iver-ish mood. Not quite a fan of this one and couldn't quite understand the various voice overs. Ghaib is a younger brother to Ab Ki Yeh Subah, similar settings prevail. Guitr strums, a free flowing tune and broody vocals. Generic sounds could be heard in Fitnah, though the haunting vocals does the trick. Ziyankar on the other hand intrigues with slow-jazz sounds mixed with full blown guitars.

Baran, meaning rain in Urdu, is without doubt, an impressive effort. Like a fresh drizzle of rain, the songs hinges you one by one. The four piece band based on Bangalore are incredibly talented and have to be watched out for.