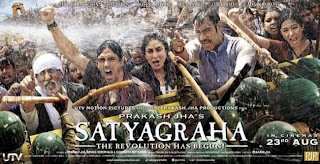 What I expected? : Nothing

Janta Rocks by Meet Bros. is partly engaging, mainly for the sarcastic-inspiring lyrics and the nice bit of percussion going behind the scene. Sitautional and a tad too long.
Hum Bhole De's anthemic sound may work well in the movie, signature Indian Ocean folk-rock template with Rahul Ram, Amit Kilam and Himanshu Joshi in great form!
The title track has a highly impactful start, the "Raghupati Raghav..." chants doing magic along with the neat electronica. But the initial high falters with the extra lyrics, which seemingly doesn't go in sync.
Aiyo Ji has Shradha Pandit in her brilliant crystal clear avatar, flowing through the fusion stuff the track is, ending up with seemingly good results!
A remix is added.
Raske Bhare Tore Naina is the best reserved for the last, Shafqat Amanat Ali is pitch perfect in this Hindustani semi-classical material which hits the bull's eye, composition wise. Minimal arrangements giving thankfully more space to the singer to showcase his vocal details cleverly does the magic here!
The House Mix of the song rendered by Aadesh Srivastava is just about OK. Aadesh, unlike Shafqat sounds folk-ish at times.

Verdict : Satyagraha started off with zero expectations only to end up with a fairly good track list. While Raske Bhare is going to be on loop, Aiyo Ji and the other songs scores for their own situational merits. All composers contributes expectedly, while Salim Sulaiman seems on an welcome high, compared to their recent status. Looking forward to see how well the songs are incorporated into the movie. Good one, worth a try!

Once Upon A Time In Mumbai Dobaara! Music Review 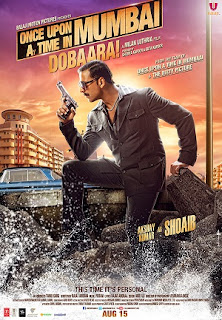 What I Epected? : Thinking on the lines of OUATIM, some sturdy melodies. 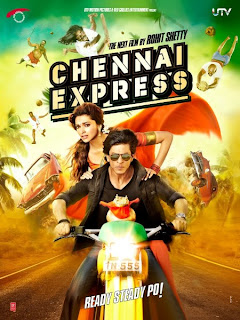 What I expected? : What else than an out and out masala entertainment affair with Vishal Shekhar's highly capable abilities merged with SRK's stardom!

1234 opens to dysfunction, even the rhythmic Tamil kuthu dance template works in vain, falls flat outright on its face!
Titli helps the album bounce back like a boomerang, an amazingly serene tune set to occasional Carnatic classical backgrounds and sung to immense grace by Chinmayi Sriprada with Gopi Sundar's apt support! #Must Hear #Repeat
An unwanted, badly done Dubstep version is added! Why V-S Why?!
Tera Rastaa Chhodoon Na's swingy, youthful composition with the equally eclectic orchestration impresses big time! The singers, Amitabh Bhattacharya and Anusha Mani sounds lively! #Repeat
Kashmir Main Tu Kanyakumari is interesting for the snappy lyrics, but is immensely forgetful for the tune is dull and the good elements all scattered! Worth a hear, likely to work with the video!
Ready Steady Po has a lot of things going around it at a time, its hard to discern them all together. Techno-hip hop with the usual Bollywood edge, strictly functional.
Chennai Express, the title song, is sure-fire catchy if you forget the bizarre lyrics, with the high point definitely being S P Balasubrahmanyam's impeccable vocals which takes the song to further heights along with  the addictive techno swing! Jonita Gandhi's B-Town debut is impressive! #Repeat
Chennai Express Mashup is awfully fast tempoed, nevertheless neatly done.

Verdict : I don't know, Vishal-Shekhar seems pretty handicapped in Chennai Express, the album doesn't meet the mammoth sized expectations. While the 'hits-expected' dance tracks fail miserably(barring only the title track) the saving grace comes in the form of the two melodies. The songs may climb up the charts, thanks to SRK's stardom and the immense promotions given to the film, but the music definitely lacks professionalism and quality. Just above average.