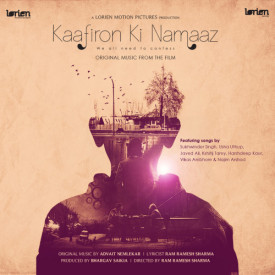 What I expected? : Nothing

Aayatein last just 55 seconds, but the intense and deep aalaap by Najim Arshad goes straight into the heart! Great!
Sawalon Ki Godh Mein sweeps you off your feet, relying heavily on the brilliant vocals of Najim Arshad and the zealous tune, this is one damn great ghazal in the recent times! Must hear!
Jhalkian by Javed Ali and Kshtij Tarey strike the right chords, mesmerizing piece of melody fabulously sung and given lift off by pure and traditional arrangements and good lyrics.! Great hear!
Jhalkian(Reprise) by Hashdeep Kaur and Vikas Ambhore is pure bliss, wonderfully well sung and passionate romantic track! Simply fresh in all outlooks, great hear!
Yeh Raat Mona Lisa is unconventional jazz sounding and with Usha Uthup coming out with her raw, secretive vocals, the song do interest in the first listen. Wonderfully arranged, this is one track which is heavily situational yet good!
Bajao Zor Se Taali has surprisingly good background music with Sukhwinder Singh seemingly perfect for the alive tune and slow but perky arrangements! Good one!
Bajao Zor Se Taali(2nd Version) is equally good, with less instruments playing behind.

Verdict : Kaafiron Ki Namaaz is a soulful ride with no bumps or gutters in between! Way beyond expectations, this is one of the best albums with some of the best tracks ever in the recent times.! Music Directon by Advait Nemlekar needs special mention as well as for the lyrics by Ramesh Sharma.
Heavily impressive.! Strongly recommended.! 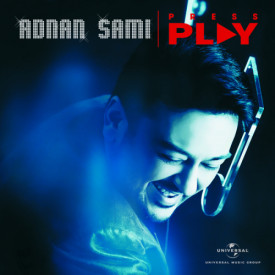 Note : Buying the tracks legally instead of downloading them off piracy websites will definitely make a difference here, since it is an independent album and the revenue comes ONLY and solely from the album sales.
You downloading pirated tracks = You killing the album.

Ali Ali is well sung, with the sufi touch ringing into the interesting Qawaali-ish arrangements. Good hear.!
Roya and Mein Tere paas Hun are ruddy brilliant, trademark Adnan Sami stamped poignant love ballads complete with sonorous heart touching arrangements and soulful singing! Is anyone complaining about the 'Kisi Din' hangover? I'm definitely not, coz its quite unnecessary, for the songs stand out on their own! Great.!
Mere Baap Ka Kya Jata Hai tries to be funny with quirky lyrics and manages to impress somewhat with all that gully tune and energetic singing. Not really buy worthy, will work better behind a good video.
Kudi Tight is nothing great, templated Punjabi dance track, predictable to core. But then it manages to appeal for once, thanks to the careful placements of arrangements and lyrics that are quite wacky.
Karun Na Yaad gives another great listen, while remaining in league with Roya and Mein Tere, this soft-yet-intense ghazal gets an urbane treatment which somehow holds it different!
Baba is passionate, the singer's tribute to his father for whom he is desperately searching, made evident through the good lyrics and expressed with soul in singing! Great hear!
Dua De has an intriguing soft jazz-pop sound, quite likable romantic track. Good one!
Ali Ali and Roya appear in Remixes, quite unnecessary.

Verdict : Press Play is Adnan Sami in pure form, showcasing what he does best. A well composed and well sung album with all those feel good melodies and couple of heart touching ballads, definitely worth the money and time you spend on it. I'd say, go for it, add the tracks to your playlist and press play! 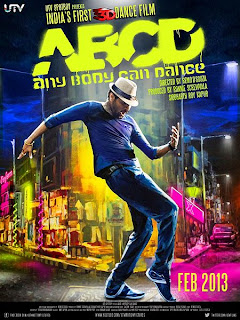 What I expected? : From Sachin-Jigar, a complete techno urbane dance package.

Shabhu Sutaya by Shankar Mahadevan and Vishal Dadlani is wonderfully arranged and fabulously sung Ganesh-tribute devotional track which is quite easy on the ears and thus giving a good hear!
Bezubaan is scintillating, the moody soulful Mohit Chauhan and the energetic Priya Panchal and Deane who does all the raps infused into the rightly addictive dance beats with strong lyrics convert the song into a great hear!
Psycho Re by Mika Singh and Udit Narayan is kick-ass, terrifically addictive Tamil-'deppankuth' track where the plus point lies in the arrangements which are insanely fuuny.! Good hear!
Man Basiyo Saanwariyo showcases Anushka Manchanda in brilliant form, where she sings her heart out in the rock-fusion track, dazzlingly arranged! Good hear! Must be great on screen!
Chandu ki Girlfriend has again arrangements flying over expectations, what with the gully song sung aptly by Raman Mahadevan and mixed into a hell lot of imaginative sounds! Addictive, good hear!
Duhaai has an ingenious start with powerful vocals by Madhav Krishna before it ventures into the catchy hard rock-fusion, complete with strong lyrics and god arrangements! Good hear!
Sorry Sorry by Jigar is situational yet amazingly catchy filled with booming beats and quirky lyrics. Something we must wait out to watch out on screen, good hear!
Kar Ja Re Ya Mar Ja Re sung by Suraj Jagan is such a blasting mix of sounds, powerful vocals and beats, that you tend to mess up the repeat button.! Great hear!
Sadda Dil Vi Tu(Ga Ga Ga Ganpati) throws a flair bit of surprise, one thing it has been sung by Hard Kaur and another thing is the unconventional choice of arrangements and the placing of the track. Devotional, yet in every way urbane, this thing is wicked! Great hear!

Verdict : ABCD is definitely out-of-the-box, crossing all expectations still delivering a package so brilliantly done. In a situation where we expected some hard hitting techno-rock tracks, Sachin-Jigar amazes us by the sheer choice of unconventional arrangements which mesmerizes in a great deal! ABCD may not be a collector's item, but it definitely qualifies as one of the better soundtracks of the year, tailor made for the movie! Kudos to Sachin-Jigar for coming up with such varied-genre soundtrack, it takes real hardwork and creativity so produce something like this! Excellent work! 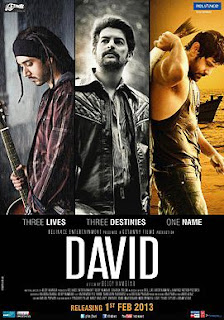 
What I expected? : Nothing but a blast, given the soundtrack's Tamil counterpart was rocking!

Ghum Huye (The Theme Of David) kick start the album and throws a fair bit of surprise, being a pensive somber Dub track by Bramfatura sung in the right mode by Sidharth Basrur.! This one's dark and catchy!
Tore Matware Naina, composed by Maatibani and sung by Nirali Karthik & Joyshanti is crazy, crazy French-Carnatic fusion material, extremely appealing!
Tera Mera Pyaar Ki has Prashant Pillai on board composing an extremely graceful romantic piece of music, coated over with careful amounts of crafted arrangements executed terrifically by Naresh Iyer and Shwetha Pandit! Beauty! Great hear!
Rab di again by the same composer, is outright anthem-ish with some some unconventional arrangements, good percussion work by Tao Issaro with Karthik being the choice of singer. Nevertheless catchy and a good hear!
Rab di - Rab Step Version(actually the Dub Step Version), remixed by Dub Sharma relies on the expertise of the DJing done! Good hear!
Out of Control is Mickey McCleary's turn in composing and produces something breezy, light on ears soft-rock, guided on by the serene singing of Nikhil D'Souza and Preeti Pillai.! Great hear!
Out of Control(Choir Version) is nothing to boast of, yet takes you by surprise for sure! Good hear!
Mast Kalandar is recreated and who better than Rekha Bharadwaj to sing this? (Though I don't understand why she goes nasal.) I'm not in for comparing this one with original, but this one definitely holds itself different with the less traditional Qawaali sound, thanks to Micky McCleary's clever arrangements.!
Mast Kalandar(Vengeance Mix) is for you if you want to hear something different, the same song presented in a rock-ish outlook. I liked it, yet many will have views against it, "killed the original's soul" stuff. I don't care.
Ya Husain by Lucky Ali is deep spiritual sufi, brilliant in every respect especially the way Micky layers the track.! I felt hypnotic! Great hear!
Bandhay by Modern Mafia didn't make much sense, maybe because I don't understand rock much.
Yun Hi Re, music by Anirudh Ravichandar, sung by Anirudh & Shweta Mohan has certainly a '3 hangover'*, even when the track is appealing as a standalone with all the brilliant Sitar and Violin merged into the feel good tune and good singing! Good Hear!
Maria Pitache composed and sung by Remo Fernandes is absolute fun, folk dance track from ex-Portuguese colony Daman(Gujarat), with a new Goa'n sound by Remo. Good hear!
Light House Symphony has Remo arranging a simple assort of flute, guitars, keys and African percussion  along with a feel good humming. Implies essentially a good hear!
Three Kills by Saurabh Roy is again hard-rock, seems to be good. I don't know.

Verdict : David is amusing for various reasons. One is the number of musicians associated with it. 9 composers and 15 singers with a total of 15 tracks! Another is the variety of genres it offers due to the variety of composers, each scoring in their own field. Definitely imaginative, creative and competitive soundtrack, must hear for any music fan who craves for class in it! Excellent stuff!


* : 3 is the first soundtrack of Anirudh Ravichandar, Tamil. You'll know 'Why this Kolaveri' for sure.! That's from that movie! 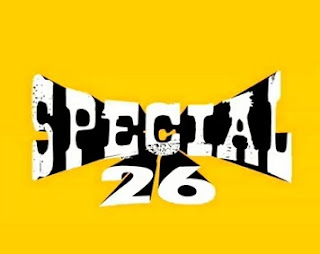 What I expected? :  M.M Kreem, of course some good melodies.

Tujh Sang Laage by KK and MM Kreem is beautiful, the serene Sufi-esque tune blended elegantly into qawaali-sh mode with feel good Hindustani arrangements, good lyrics and great singing! Good hear!
Gore Mukhde Pe by guest composer Himesh Reshammiya and sung by Aman Triikha, Shabab Sabri and Shreya Ghoshal is at most a very good song, what with a template Punjabi dance tune, lyrics and constant beats, it still manages to give a good romantic hear.!
Kaun Mera rightfully appears in three versions, love ballad, soft rock and unplugged sung by Chaithra Ambadipudi, Papon, and Sunidhi Chauhan respectively, each as mesmerizing as the other, Papon's version being my favorite! The short, effortless composition back lifted by simple arrangements and sonorous singing volunteers for three great hears.!
Mujh Mein Tu, essentially a powerful composition sung to perfection by Keerthi Sagathia and MM Kreem in two versions respectively gives another couple of great hears, ode to the brilliant melancholic tune, alluring jazz-rock-fusion arrangements(in Sagathia's version) and great lyrics.! Must hear(s) no. 2!
Dharpakad is situational, lyrics are quirky and definitely demands a repeat for the singing of Bappi Lahiri!

Verdict : M M Kreem steals the show with his sublime compositions which impress big time as standalones. Himesh is apparently a bit down in comparison, even then the album is definitely a deal worth every penny which is not to be missed.!